I am an Armenian from Uzbekistan feminist social justice consultant with two decades of experience across regions, movements and sectors. My work supports organizations big and small develop strategies, conduct research, facilitate processes and convenings, and advocate for and distribute more and better resources for our movements. Promoting human rights and justice from a movement-building perspective is at the core of every project I take on. My approach is simple: Above all, I listen to, work with and elevate the voices of those at the center of the struggles and responses.

My social justice work began as a youth activist in my home-town of Samarkand, Uzbekistan. Almost two decades later, I have developed a professional career promoting women's and LGBTIQ rights and social justice organizing and philanthropy. I have worked for the world's largest women's rights foundation, the Global Fund for Women, and the Association for Women's Rights in Development (AWID), one of today's flagship feminist organizing institutions. 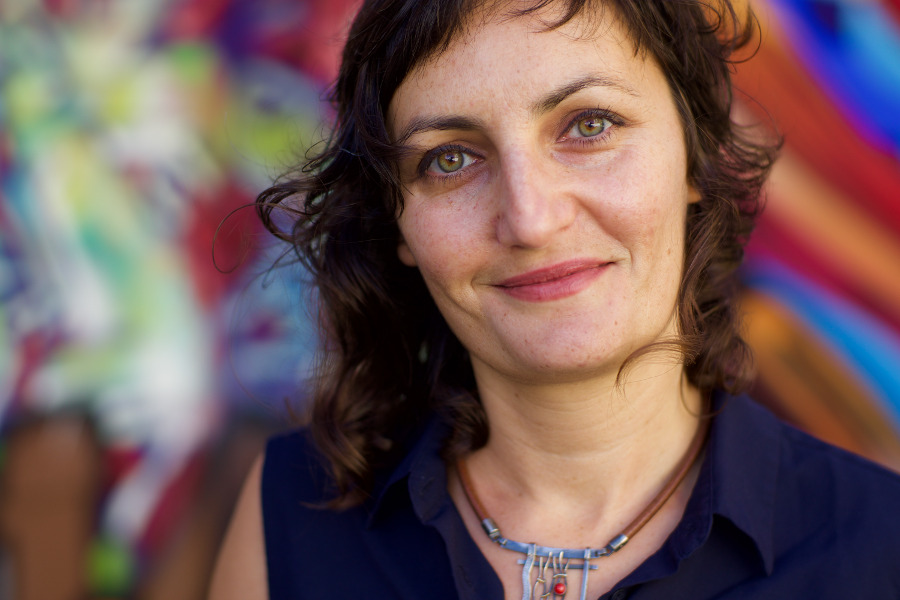 I conceptualized, developed and co-authored groundbreaking research on funding trends as part of AWID's "Where is the Money" initiative. This research has contributed to powerful successful advocacy to improve and increase funding for women's rights organizing. I was part of organizing many convenings, the largest being AWID's 13th International Feminist Forum in Bahia, Brazil in 2016 where I served as a program director. Also, I was part of a co-founding team of FRIDA, the only feminist youth-led fund in the world, which is now a thriving fund with close to USD1 million grantmaking per year. In my consulting practice, a few examples of my work include offering support to:

Over the years, I’ve developed multiple strategies and programs alone and with teams. It’s always been crucial to me that programs and strategies are developed in consultation with the communities and activists most affected by them.

I have extended experience facilitating complex processes that often had convenings as part of them. I believe that convenings are a powerful strategy for movement building, solidarity, and bridge-building across sectors, if done well and with participants interests at the center.

In all of my roles, I’ve centered political feminist resource mobilization as one of the core strategies for success, resilience, and sustainability of feminist and other social justice movements. Through direct grantmaking, action-research, donor advocacy, convenings, and activists capacity building, I’ve contributed to increasing and improving funding for feminist organizing over the years.

Incubation of FRIDA: the Young Feminist Fund: I was part of co-founding team from the very inception of the FRIDA idea. I hired and supervised staff, oversaw grantmaking, drove strategic planning processes and supervised fundraising, for the first three years of the fund’s existence. Served as adviser to the Board through 2017.

Co-led the creation and development of Win-Win Coalition.

AWID’s International Feminist 2016 Forum: Led program development in the role of Forum Program Director, in collaboration and coordination with an International Planning Committee, bringing together close to 2,000 feminists from around the world in Bahia, Brazil.

Regional Convenings: Organized and led convenings for the Global Fund for Women in Central Asia, Caucasus, and Balkans, which contributed to a five-year grantmaking strategy development.

Donor Advocacy: Played a key role in advocacy efforts working with The Dutch' and Canadian governments, the United Nations, private foundations, women’s funds, and other key funding actors to increase and improve funding for women’s rights and gender equality.

Fundraising: Organized, and presented at, multiple fundraising events for FRIDA and other organizations; created co-grantmaking and complimentary strategies with other funding agencies.

Chapter Author: Vibrant Yet Under-Resourced: The State of Lesbian, Bisexual and Queer Movements, Where is the Money for Adolescent Girls Research: Co-leading with Amy Babchek research project: An ecosystem approach to understanding funding flows to advance adolescent girls rights.

Vibrant Yet Under-Resourced: The State of Lesbian, Bisexual and Queer Movements, Chapter Author on History and Context, 2020

Convening to Build Solidarity in a Disconnected Region: why it is important to convene and convene well,, 2019

Why we need a feminist funding ecosystem: From Scattered Landscape to an Interconnected Ecosystem: How funding feminist and justice organizing can, do, and be better, 2018

Women and children last: The true asymmetry of the Georgian conflict is that suffering was shared unequally, with women and children worst off, published in The Guardian, South China Morning Post, Bahrain Times, Beirut Times, 2008

Publications I've Been Mentioned In

Writing Our Own Narratives: Angelika Arutyunova’s Story as part of Nurturing Our Roots, Flourishing Movements Memory Project of FRIDA | The Young Feminist Fund

How not to do feminist open government – and one big idea that can help, by Alfonsina Peñaloza for William and Flora Hewlett Foundation

Women and Girls Rising: Progress and resistance around the world, by Ellen Chesler, ‎Terry McGovern, 2015

Women's Movements in the Global Era: The Power of Local Feminisms, by Amrita Basu, 2018

The Gender Effect: Capitalism, Feminism, and the Corporate Politics of Development, by Kathryn Moeller, 2018

Media I Contributed To Or Featured In 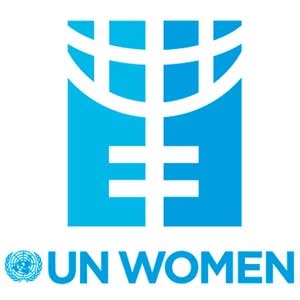 "Angelika was a unique asset to our team. Bringing complementary experience and perspectives from the feminist and social movement spaces, she challenged us and added value. Working hand in hand with Angelika, we were able to co-develop creative and engaging workshop and virtual engagement experiences that enabled a diverse range of young people, adult allies, researchers and funders to find common ground, which manifested in a collective field-building vision. She brings a centered calm to complex and challenging work and is a sensitive and caring collaborator. I look forward to working with her again!"- Jennifer Catino, Adolescent and Youth Leadership, Health and Rights

"I worked with Angelika for over 8 years in the Global Fund for Women watching her grow from Program Associate to eventually become the Regional Program Director. Her passion for women's rights and gender justice, her deep commitment to and knowledge of the Eurasia region, combined with her sharp mind and curiosity for learning contributed to the Global Fund for Women's deepening relationships and credibility with women's rights organizations across the region. She always knew how to sustain and support the needs and respond to the challenges facing a growing and thriving regional portfolio of grants, while remaining humble and open to the voices of women in the field. She worked closely with multiple advisors and grantees in 40 plus countries and was committed to amplifying the voices of women and trans activists in each community and context to ensure Global Fund's contribution to feminist organizing. Angelika led a few key outreach trips in Central Asia, Caucasus, and Balkans during very complex times in the region and always managed to bring together key voices, listen to them, and build solid collective strategy and process. Angelika was well respected as Program Director in the region and her work after the Global Fund for Women has continued to strongly contribute to feminist organizing and thought leadership. I was also pleased to be able to work as colleagues during my time at the Ford Foundation - when Angelika led work on resource mobilization for the Association of Women's Rights in Development, AWID. I know she will be an asset to our movement for feminist work in all she does."- Kavita Nandini Ramdas, Director, Women's Rights Program at Open Society Foundations

"Angelika is a thoughtful facilitator and fierce advocate. As a facilitator, she is able to engage and draw out diverse knowledges in a room, to navigate and redress power differences so that people can contribute fully and is able to steer a group to achieve the goals of the gathering. Angelika brings her humor and care into every space. As an influencer, she is passionate about ensuring that feminist, women's rights and LGBTIQ activism can be sustained. She is a persuasive and effective advocate and changemaker."- Hakima Abbas, Co-Executive Director of AWID

"I've had the good fortune to work with Angelika in several roles over the past decade +. She brings a sharp analytical mind, warm sense of humor, and dedicated commitment to gender justice and human rights work the world over. Most recently, our team worked with Angelika on a convening in Kyrgyzstan - she was a superb facilitator and wise counsel for our team during their outreach in this region."- Caitlin Stanton, Director, Learning & Partnerships at Urgent Action Fund

"Angelika has great skills in research, strategic planning, organizational development and feminist management. She is an expert in the Eurasia region and global feminist movement. She has a unique expertise in grassroots feminist movement, research and advocacy."- Gohar Shahnazaryan, Director of the Center for Gender and Leadership Studies, Yerevan State University

"Angelika has a rare combination of political analysis, research acumen, and knowledge of social movements globally. She brings this together in every aspect of her work, including within feminist funding research, grantmaking, and policy analysis. She has an unflinching commitment to amplifying the priorities of the movements with which she partners and understanding the specific contexts in which activists, organizations, and funders operate."- Kellea Shay Miller, Manager, Resourcing Feminist Movements at Association for Women's Rights in Development (AWID)

"Angelika is an impressive, committed and extremely knowledgeable women´s rights advocate. Her on-the-ground experience supporting grassroots organizations combined with her global experience and sharp understanding of social movements and world political trends are unique assets for any organization and project. She is analytical, strategic and passionate, all reasons why I would jump at the opportunity to work with her again."- Macarena Aguilar, Advocacy, communications and partnerships

"Angelika is as great at organizing large-scale global events (making it seem easy and un-rushed) as she is at facilitating workshop sessions, moderating panels or simply in intensive conversations in small circles. I appreciate her research work on funding trends for its new, unconventional angles, for creating entire new fields for exploration, analysis and policy. Angelika's reports are never technocratic or cluttered with acronyms. They are readable and tell powerful stories that go on to become the drive behind change, as I have witnessed several times myself."- Almut Rochowanski, Works on civil society development, women's empowerment, human rights with grass-roots and international organizations

"Angelika is a passionate and committed feminist activist who brings enormous positive energy, good humour, intelligence and experience to her work. She is able to effectively facilitate complex meetings and processes of collaboration among very different people and organizations. She has in-depth knowledge of the women's rights and gender justice actors and priorities of her region as well as globally and has made significant contributions to expanding the quantity and quality of resources for feminist organizing at both the global and regional level."- Anna Turley, Strategic Communications Consultant

Connect with me on LinkedIn

Send Me An Email([email protected])